Abstract
Betty Mohler joined Amazon in 2018 as a Principal Research Scientist at the Amazon Research Development Center. However, the research of this presentation was conducted prior to Betty Mohler’s position at Amazon and therefore does not reflect her research or future work at Amazon. The research she will be discussing considers the physical, experienced and visual body of the user. In her talk at the IEEE VR Conference, Mohler will discuss the benefits and challenges of adding self-avatars to immersive technology, based on her research reports about how self-avatars are central to enabling personalized and immersive experiences and also how the human body should be carefully considered when designing immersive technology.

Bio
Betty Mohler has over 100 research articles published on space and body perception, virtual humans, and virtual reality. Betty joined Amazon in 2018 as a Principal Research Scientist at the Amazon Research Development Center. Previously, she was a Professor at the Cognitive Science Center at Technical University of Darmstadt, and for ten years she was an Independent Research Group Leader of “Space and Body Research Group” at the Max Planck Institute for Biological Cybernetics. At TU Darmstadt, the Max Planck Institutes and at the University of Utah (where Betty received her PhD in computer science), she had the privilege of working with world-renowned experts in multi-disciplinary teams focused on Computer Graphics, Virtual Reality, Computer Vision, Philosophy of Neuroscience, and Neural Behavioral Science. Betty and her research teams have always focused equally on human perception, as well as developing immersive technology. Her passion for developing virtual reality for medical, clinical and industrial applications, along with a central focus on the person led her to a primary research focus of “Self-avatars in Immersive Technology”. 
In my talk, I will describe the work that we have done as Commissioner on AI and COVID-19 for the President of the Valencian Region. Since March 2020, I have been leading a multi-disciplinary team of 20+ volunteer scientists been working on 4 large areas: (1) human mobility modeling; (2) computational epidemiological models (both metapopulation, individual and LSTM-based models); (3) predictive models; and (4) citizen surveys via the COVID19impactsurvey (https://covid19impactsurvey.org) with over 500,000 answers worldwide.

I will describe the results that we have produced in each of these areas and will share the lessons learned in this very special initiative of collaboration between the civil society at large (through the survey), the scientific community (through the Expert Group) and a public administration (through the Commissioner at the Presidency level).


Nuria Oliver is Chief Data Scientist at Data-Pop Alliance, Chief Scientific Advisor at the Vodafone Institute, co-founder and vice-president of ELLIS (The European Laboratory for Learning and Intelligent Systems) and co-founder of the Alicante ELLIS Unit, devoted to research on "Human(ity)-centric Artificial Intelligence". She is a Telecommunications Engineer from the Universidad Politécnica de Madrid and holds a PhD in Artificial Intelligence from the Massachusetts Institute of Technology (MIT). In March 2020, she was named Commissioner for the President of the Valencian Region on AI Strategy and Data Science to fight Covid-19. Since then, she has led a team of with 20+ data scientists. She is an independent member of the Board of Directors at Bankia.

She has over 25 years of research experience in the areas of human behavior modeling and prediction from data and human-computer interaction. She has been a researcher at Microsoft Research (Redmond, WA), the first female Scientific Director at Telefonica R&D for over 8 years and the first Director of Research in Data Science at Vodafone globally (2017-2019).

Her work in the computational modeling of human behavior using Artificial Intelligence techniques, human-computer interaction, mobile computing and Big Data analysis - especially for the Social Good is well known with over 160 scientific publications that have received more than 19,500 citations and a ten best paper award nominations and awards. She is co-inventor of over 40 filed patents and she is a regular keynote speaker at international conferences. Her work has contributed to the improvement of services, the creation of new services, the definition of business strategies and the creation of new companies.

Nuria is the only Spanish researcher recognized by the ACM as Distinguished Scientist (2015) and Fellow (2017) at the same time. She is also a Fellow of the IEEE (2017) and the European Association for Artificial Intelligence (2016). She has received an Honorary Doctorate from the Miguel Hernandez University (2018). Dr. Oliver is the youngest and fourth female member of the Spanish Royal Academy of Engineering (2018) and an elected member of the Academia Europaea (2016) and CHI Academy (2018), where she is the only Spanish scientist.

As an advisor, Dr. Oliver is a member of the scientific advisory committee of several European universities, the Gadea Ciencia Foundation, Mahindra Comviva and the Future Digital Society, among others. In addition, is/has been an advisor to the Spanish, Belgian and Valencian Governments, the European Commission and the World Economic Forum on issues related to Artificial Intelligence.

Dr. Oliver's work has been recognized internationally with numerous awards. She graduated top of her class at the UPM and received the First National Telecommunications Award (1004). She is the first Spanish scientist to receive the MIT TR100 (today TR35) Young Innovator Award (2004) and the Rising Talent award by the Women's Forum for the Economy and Society (2009). She has been awarded Data Scientist of the Year in Europe (2019), Engineer of the Year Award by the COIT (2018), the Medal for Business and Social Merit by the Valencian Government (2018), the European Digital Woman of the Year award (2016) and the Spanish National Computer Science Award (2016).

She has been named one of the top 11 Artificial Intelligence influencers worldwide by Pioneering Minds (2017), one of Spanish wonderful minds in technology by EL PAIS newspaper (2017), "an outstanding female director in technology" (El PAIS, 2012), one of "100 leaders for the future" (Capital, 2009) and one of the "40 youngsters who will mark the next millennium" (El PAIS, 1999).

Nuria firmly believes in the value of technology to improve the quality of people, both individually and collectively, and dedicates her professional life to achieving it.

Her passion is to improve people's quality of life, both individually and collectively, through technology. She is also passionate about scientific outreach. Hence, she regularly collaborates with the media (press, radio, TV) and gives non-technical talks about science and technology to broad audiences, and particularly to teenagers, with a special interest on girls. She has given talks to more than 10,000 adolescents, has contributed to the book "Digital natives do not exist" (Deusto, 2017) with the chapter "Digital scholars", has written articles for EL PAIS, The Guardian, TechCrunch among others and has been co -organizer of large congresses with thousands of attendees, such as the first TEDxBarcelona event dedicated to emerging education, the I and II International Congress on Artificial Intelligence and the I International Congress on Aging. Her talks on WIRED, TEDx and similar events have been viewed thousands of times. Abstract
The fusion of mixed reality (MR) and artificial intelligence (AI) will revolutionize human-computer interaction. MR/AI technologies and methods will enable scenarios with seamless transitions, interactions and transformations between real and virtual objects along the reality-virtuality continuum indistinguishable from corresponding real-world interactions. Yet, todays immersive technology is still decades away from the ultimate display. However, imperfections of the human perceptual, cognitive and motor system can be exploited to bend reality in such a way that compelling immersive experiences can be achieved. In this talk, we will review some mixed reality illusions, which bring us closer to the ultimate blended reality.

Bio
Frank Steinicke is professor for Human-Computer Interaction at the Department of Informatics at the University of Hamburg, and chaired the Department from 2017-2020. He studied Mathematics with a Minor in Computer Science at the University of Münster, from which he received his Ph.D. in 2006 and Venia Legendi in Computer Science in 2009. His research is driven by understanding the human perceptual, cognitive and motor abilities and limitations in order to reform the interaction as well as the experience in computer-mediated realities. Frank Steinicke regularly serves as panelist and speaker at major events in the area of virtual reality and human-computer interaction. He is on the International program committee of various national and international conferences in the area of virtual, augmented and mixed reality as well as human-computer interaction, and currently Associate Editor of Frontiers in Virtual Reality. Furthermore, he is a member of the Steering Committee of the ACM Symposium on Spatial User Interaction (SUI) and the German Informatics Society Special Interest Group on VR/AR. Abstract
Researchers have been prototyping AR and VR systems for fifty years (longer if we count pre-computer technology). Millions of VR headsets far better than what researchers used just a few years ago are on the heads of home enthusiasts, with consumer AR eyewear soon to follow. Meanwhile, phones and tablets now support AR apps as first-class citizens. WIthin this context, I’ll discuss my thoughts about important directions for our field and what they will mean for our everyday interactions with each other.


Steve Feiner is a Professor of Computer Science at Columbia University, where he directs the Computer Graphics and User Interfaces Lab. His lab has been conducting VR, AR, and wearable computing research for over 25 years, designing and evaluating novel 3D interaction and visualization techniques, creating the first outdoor mobile AR system using a see-through head-worn display and GPS, and pioneering experimental applications of AR and VR to fields as diverse as tourism, journalism, maintenance, construction, and medicine.

Steve received an AB in Music and a PhD in Computer Science, both from Brown University. He is a Fellow of the ACM and the IEEE, a member of the CHI Academy, and the recipient of the ACM SIGCHI 2018 Lifetime Research Award, the IEEE ISMAR 2017 Career Impact Award, and the IEEE VGTC 2014 Virtual Reality Career Award. He and his students have won the IEEE ISMAR 2019 Impact Paper Award, the ISWC 2017 Early Innovator Award, and the ACM UIST 2010 Lasting Impact Award. Steve has served as general chair or program chair for over a dozen ACM and IEEE conferences and is coauthor of two editions of Computer Graphics: Principles and Practice. 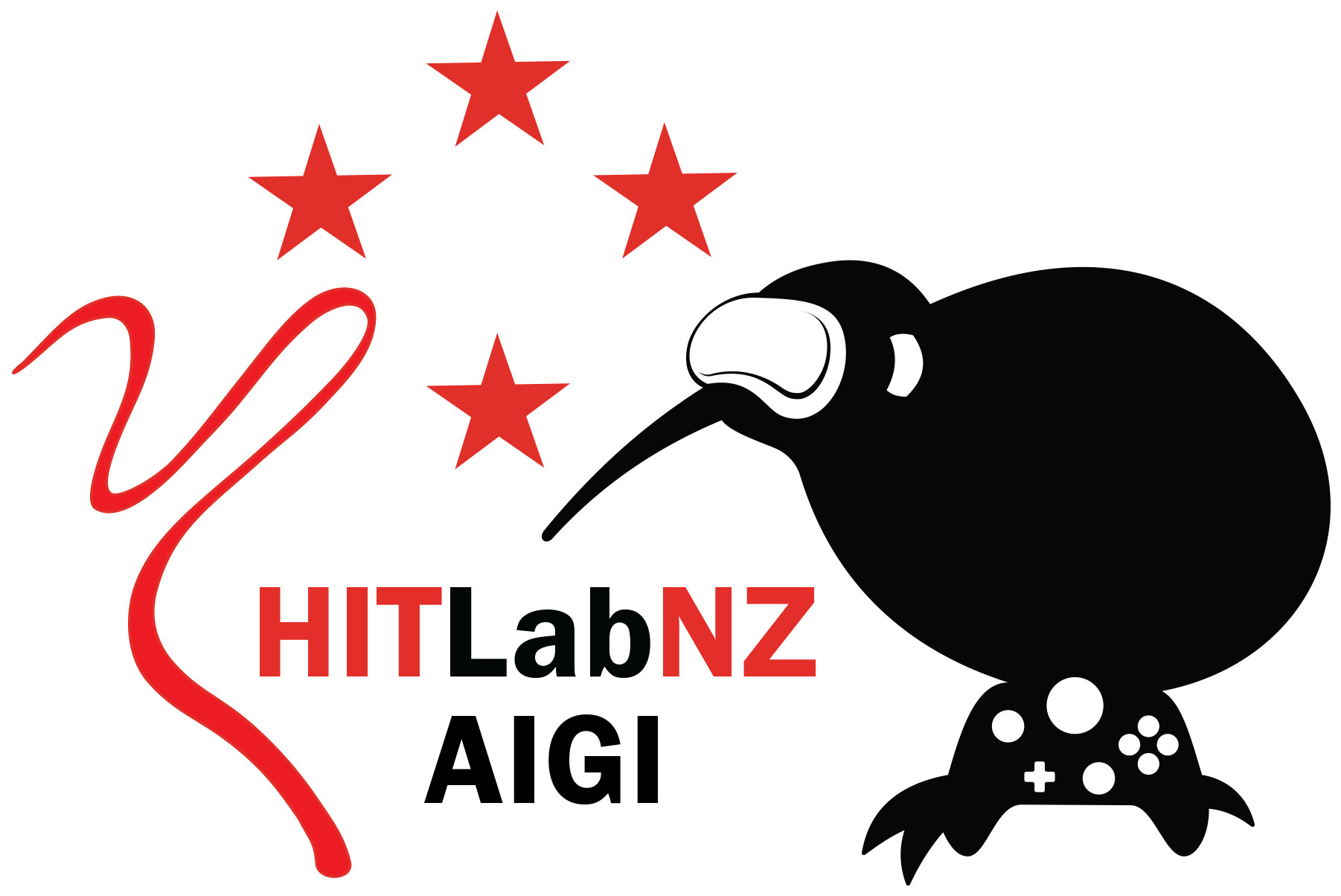 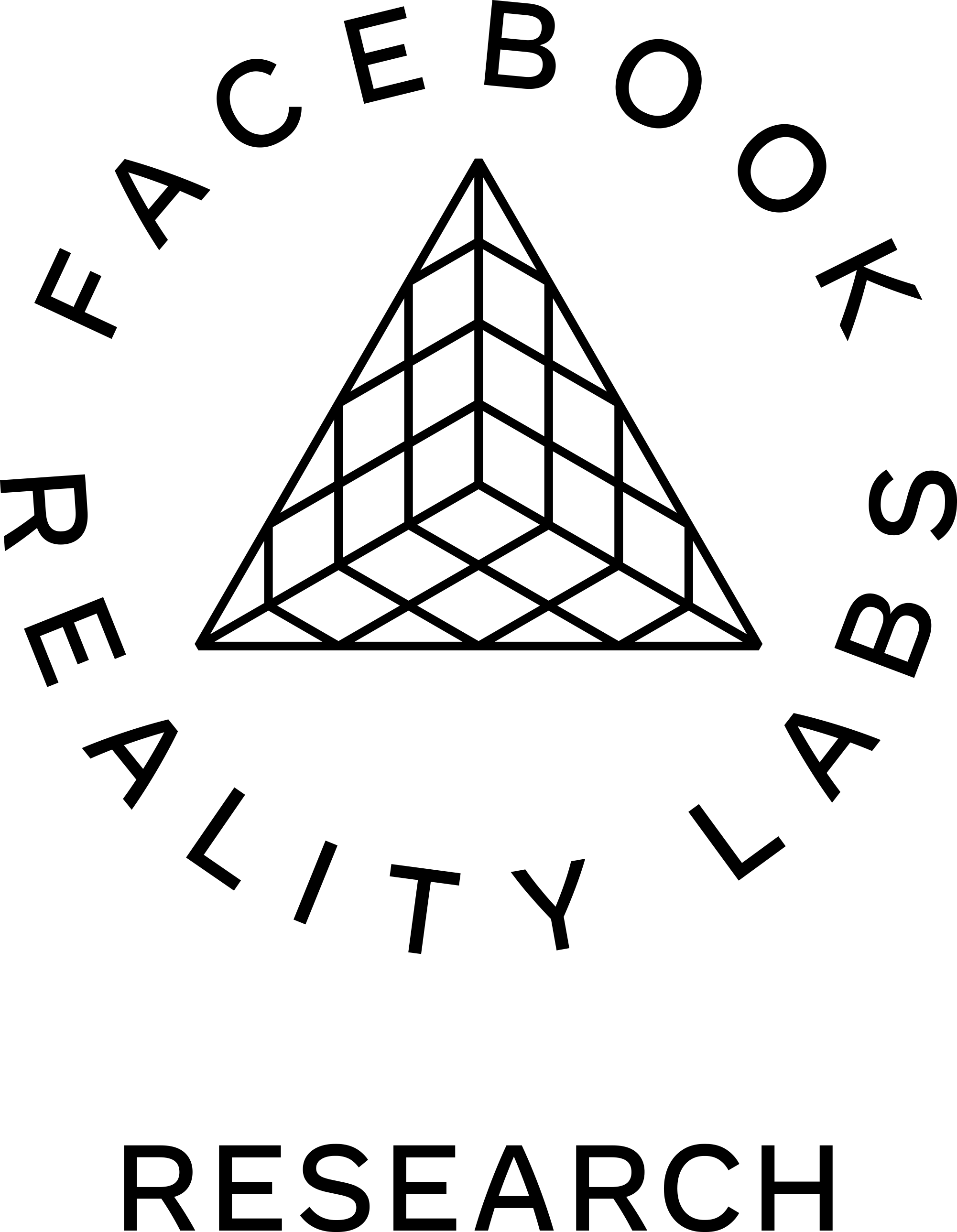 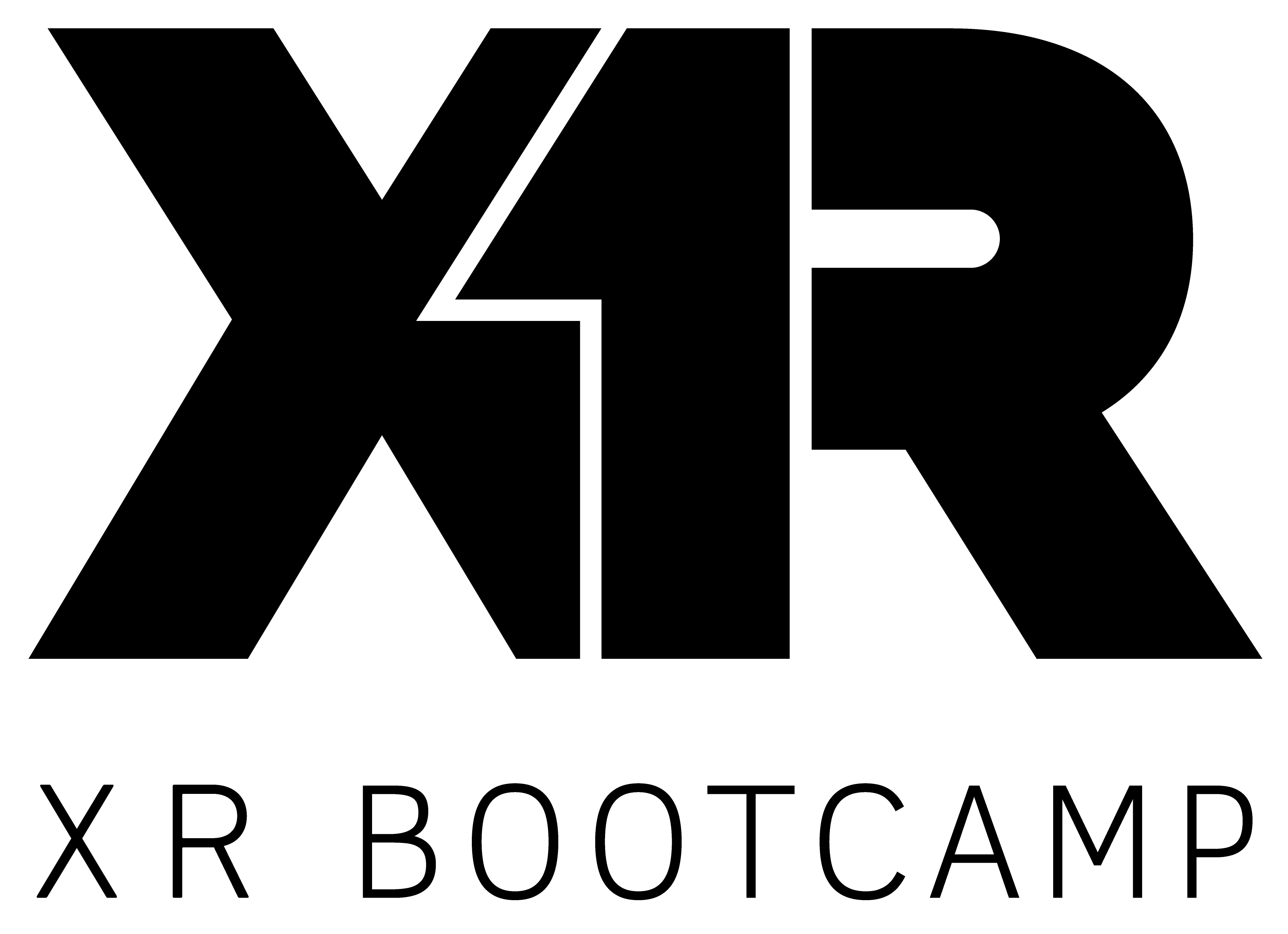 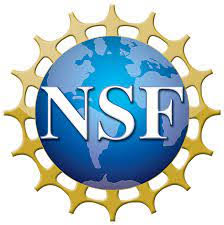